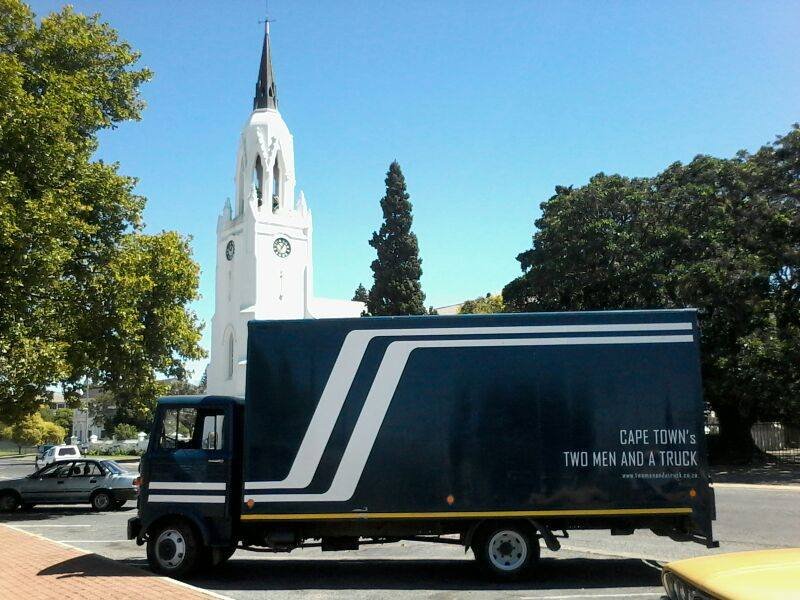 Two Men and a Truck is the premier Cape Town removal company which started doing mini moves in January 2013. The idea originally arose in 2004 when Alec was paying his way through university waiting on tables.

He used to help out friends and their parents by moving furniture for them with his bakkie. His friend's mother insisted on paying for the service. She also suggested that he do this as a business. Well, that sounded great compared to the life of a waiter!

He advertised his mini removal service in Cape Town's Southern Suburbs 'Tatler' newspaper and did the moves outside of lecture times. Many job seekers, friends and especially a great guy called Sipho helped to be the second man on the vehicle.

Graduation arrived and white collar jobs were sought and got all over the planet. Alec however found these jobs to be similar to waiting tables, on a satisfaction level. He returned to Cape Town at somewhat of a loss as to what he should do. He was in discussion with a friend who asked: "If you need your fridge taken from Sea Point to Gardens who do you call? Who is Cape Town's well-known, reliable, household name for local moves?" Alec didn't know the answer, but the idea for Cape Town's Two Men and a Truck was re-born.

Two Men and a Truck

The Cape Town removal company Two Men and a Truck began doing removals in January 2013 with a bakkie and two guys who were keen to give this thing a go. Our key values were punctuality, honesty and extreme care. This helped us to grow a relationship with a community of lovely clients who appreciate the way we do moves. We continually focus on these basics. Our growing customer base has supported our growth to more trucks and a team of fantastic office and moving staff.

High quality moves are done by high quality men. With our men of exceptional quality, we can be sure to offer even higher levels of consistant, professional, care than ever before.

Get your free and instant quote today-